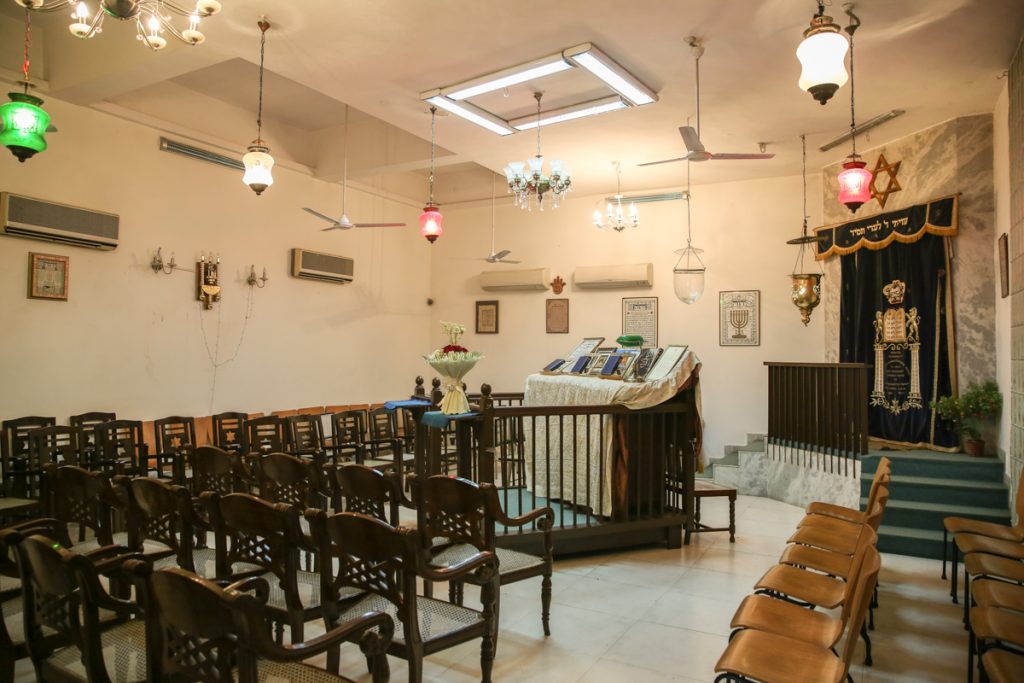 From Indian independence in 1947 until 1956, there was no synagogue in the capital city. After its construction in 1956, the synagogue served as the unofficial Israeli Embassy — until 1993, when India and Israel established diplomatic relations and an official embassy was set up. Now the synagogue serves the Israel Embassy community, and the Embassy continues to hold some of its functions there. A highlight of its history is the 1995 surprise visit by Israeli foreign minister Shimon Peres.